A lot of discussion occurs about the benefits of Hybrid vegetable seeds vs Non Hybrid seeds, which is better. Whats the difference between hybrid, non hybrid, GMO Non GMO and Heirloom seeds ? and does it make any difference to the home gardener.

We hear a lot of arguments about the pros and cons of Hybrid and Non Hybrid Vegetable seeds. Putting it simply a hybrid is a cross between two plant strains or species using natural methods. why do we do this ? Lots of reasons really, to increase productivity, in a hope to get the best characteristics of both plants into one, to increase disease resistance and yes, even to improve flavour. It is a little naive to think that all non hybrid tomatoes are ‘tastier’ than all hybrids. A lot depends on how you grow them as well. David Glenn from Lambley Nursery puts his case below. 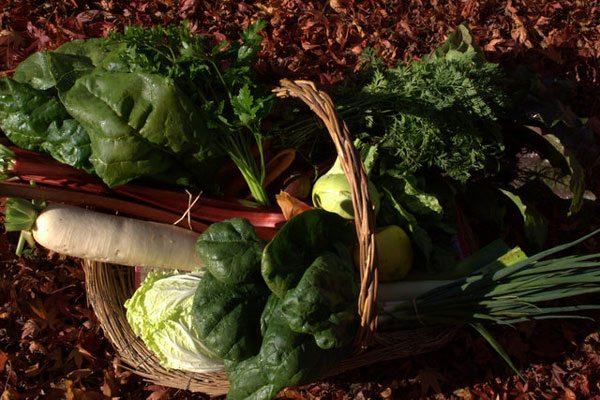 We recently read an article about Laurel Garza, of Heirloom Tomato Plants in California and she just might agree with David on some points.

I heard a terribly sad story the other day. A vegetable grower who supplies local farmers markets planted two thousand open pollinated, “heritage” Brussels sprouts seedlings. After nurturing, watering, weeding and feeding these plants for the best part of eight months his total crop of sprouts was nil. Not one sprout was set.

This is just a more extreme example of what I found when I grew “heritage” seeds. After all the work that a successful vegetable garden requires there should be some reward, there should be some vegetables to harvest. The problem with “heritage” and most open pollinated seed is that no serious seed company is maintaining the strains which then degenerate to such a point that they are at best second rate and at worst, as in the case of Brussels sprouts, useless. The hybrid Brussels Sprout strain, Diablo, which I now grow, always produces well.

I grew the beautiful looking watermelon Moon and Stars for four years in a row and didn’t once get a ripe fruit. The watermelon and cantaloupe varieties which I grow such as ‘Little Baby Flower’ ripen here every year, no matter what the weather, as they take only 70 to 75 days to produce fruit. This means that people in inland NSW, all of SA, Victoria and Tasmania can grow these crops with confidence.

Most modern vegetable seed breeders now produce hybrid seed. This isn’t genetically modified seed rather the breeder cross pollinates two different strains of the same vegetable. This gives consistency and hybrid vigour. It of course protects the breeder from others pirating his work. Modern breeding aims to produce vegetables which are well flavoured, disease resistant and with a short growing season.

There is a myth doing the rounds that “heritage” seed has better flavour. I dare anyone to come up with a better flavoured carrot than ‘Nelson’, or a sweeter corn than ‘Samurai’, or more wonderful beetroot than Red Ace. These are all modern varieties.

The traits breeders are looking for are good flavour, disease resistance and reliability.

Lettuce, for instance, suffer a new pest here in Victoria called lettuce aphid. This insect gets into the heart of lettuce making them unappetising. New strains such as ‘Claremont’ have bred resistance to this aphid whilst maintaining eating quality.

I have grown nearly all of the varieties of seed which we sell. They are the best modern varieties we can find. F1 written after the vegetable’s name signifies that it is a hybrid strain.